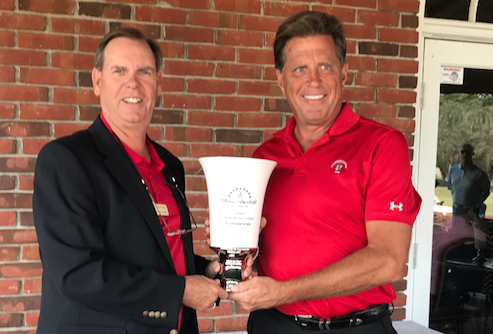 It was a nip and tuck final day but in the end James Starnes (Ft. Myers, FL) was able to capture the Senior Dixie Amateur and his second AmateurGolf.com Senior Ranking victory of the season. With rounds of 76-75-77 Starnes was able to finish 12-over and ahead of second place finisher Ben Whipple (Marietta, SC) by a stroke.

Starnes, the fourth ranked senior in the AmateurGolf.com Rankings, also won the Society of Seniors Founders Cup this year and has now finished inside the top-10 in 13 ranking events. This past September Starnes made his return to USGA competition after a 42 year absence at the U.S. Senior Amateur advancing to match play.

In the Super Senior Division Jeffrey Knox (Brecksville, OH) was able to emerge after finishing regulation tied with Jim Dubois (Coral Springs, FL). The two finished the final round 17-over before Knox prevailed on the first playoff hole, the 18th.