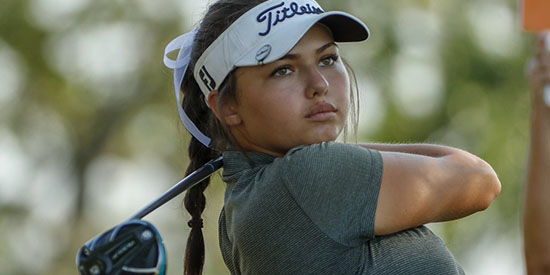 Alexa Pano may just be the next big thing in women’s golf. The 15-year-old has already competed at the highest level of the women’s game, represented her country in team competition, competed at Augusta National, and appeared in a documentary film.

This December she returns to the site of her first major amateur win, the Dixie Amateur in South Florida. With the win, she was able to qualify for the ANWA and make her first trip to Augusta National.

AmateurGolf.com founder Pete Wlodkowski caught up with the young phenom, who reflects on her Dixie Amateur win and where it ranks among her growing list of achievements, her appearance in the documentary film The Short Game, how she sees her game developing, and more. Listen below: