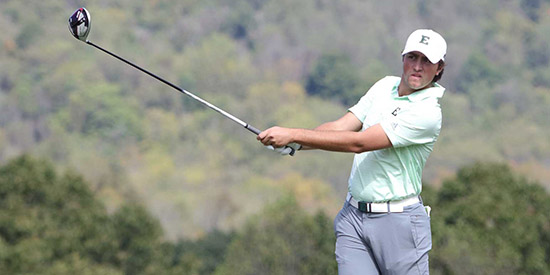 Players saw two different versions of Eagle Trace, former site of the PGA Tour’s Honda Classic, over the first two days of the tournament. Gusty winds from the south on day one were replaced by gusty winds from the northwest as a cold front swept into the area. As a result, par was well protected as only Mason found himself in red numbers at one under par.

The redshirt sophomore at Eastern Michigan University mixed eight birdies with seven bogeys over the two rounds, and will take a one-shot lead into the third round.

Brett Schell (St. Augustine, Fla.), a freshman at Ole Miss, had the round of the day, a 3-under 69. Schell scattered six birdies across his card to pull into solo second at even par.

16-year-old Tyler Stachkunas (Lake Worth, Fla.) is alone in third at one over par after rounds of 74-71.

Behind the top three is a large group of eight players at 2 over, and another four at 3 over par.

Don’t expect the scores to come down in the final two rounds. Only eight under-par rounds have been shot in the 100+ player field over the first two days, and winds are forecast to gust up to 30 miles per hour over the next two days.