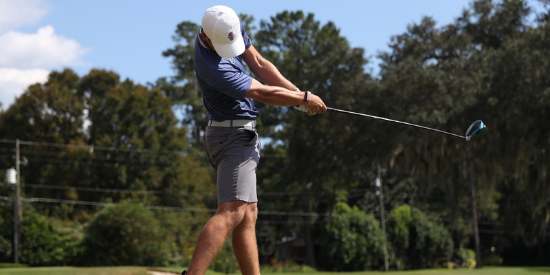 For the third consecutive day there are new names atop the scoreboard at the men’s and women’s Dixie Amateurs being contested in South Florida.

Quentin Debove, a native of Paris, France who is a junior at Florida, shot a two-under round of 70 at Eagle Trace Golf Club in Coral Springs to take the 54-hole lead at 3-under 213, good for a two-stroke lead over Christian Castillo and Evan Myers who are at 1-under 215.

In the women’s division, Latanna Stone, a junior at LSU, carded her third consecutive under-par round with 70 at Palm Aire Golf Club to move to 5-under 208, which is good for a two-stroke lead over Angela Arora and second-round leader Gianna Clemente.

Debove making the most of his opportunity

After opening the tournament with an even-par 72 on Thursday, Debove has improved his score each of the last two days with rounds of 71 and 70 and will take a two-stroke lead into the last 18 holes on Sunday. The Frenchman has to be pleased with his position, considering he didn’t gain entry into the tournament until Tuesday and is seeing Eagle Trace for the first time.

Debove answered consecutive bogeys on holes 12 and 13 with birdies on the next two holes to move to 2-under on the day. After making a 30-foot birdie putt on 14, Debove picked up his second birdie in a row on the par-5 15th, despite finding a fairway bunker off the tee, and then parred out for a 2-under round of 70 and a two-shot lead heading into Sunday.

If Debove is going to win the Dixie, he will have to hold off Castillo and Myers, the two other golfers who are under-par at the 54-hole mark.

Castillo, a 6-foot-3 redshirt sophomore at High Point University who is playing in his first Dixie Amateur, opened his third round with five consecutive pars and then holed out a 91-yard wedge shot for an eagle on the par-4 sixth hole. He drained a 20-footer for a birdie on the par-4 eighth hole and added one more birdie against two bogeys on his inward nine for a round of 70.

“It was a battle out there,” said Castillo. “I struggled with the driver but my wedges kept me in it. The Greens were a little hard to adjust to at the beginning of the week but I think I have a sense for them now.”

Myers, a native of Northbrook, Ill. who plays collegiately at Texas A&M, had the steadiest round of the three leaders, opening with nine consecutive pars before making his first birdie on the 10th hole. He offset his lone bogey of the day on the 11th with a birdie on 13 and then finished off his round with five consecutive pars for a 1-under 70.

“Pars are good scores and birdies are bonuses,” said Myers. “Having a chance, coming down the back nine tomorrow is all you can ask for. I’m just trying to stay in it.”

First and second-round leaders Manuel Barbachano and Tako Shimoji are five off the pace at 2-over 218.

Stone takes over lead in the women’s division

After firing a pair of 69s on Thursday and Friday, Latanna Stone, a junior at LSU, finished off her third round with birdies on 17 and 18 for a 1-under score of 70 and a two-stroke lead heading into Sunday’s final round at Palm Aire Country Club in Pompano Beach.

Gianna Clemente, who shot a 7-under 64 on Friday to take the second-round lead, and Angela Arora, are just two strokes behind at 3-under 210, while Nicole Gal and Reagan Ziblinski are three back at 2-under 211.

Morgan Pankow aced the par-3 10th hole and then followed up with birdies on 11, 15 and 18 to card a third-round 67, the second-lowest score of the day next to Meghan Royal’s 66.