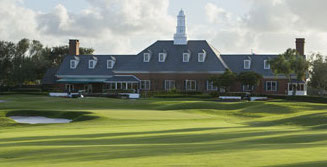 “(We are) very excited, we have been working on this since June and there is a lot of prep work that goes into it ahead even though it is relatively the same event every year there is so much prep each year,” Tournament Director John Hand said. “We are very excited though.”

The 2016 Dixie Senior Amateur is set to tee off at 8:00 a.m. EST on Tuesday morning but the tournament will be minus its defending champion. Rick Woulfe, the winningest player in tournament history and winning of his seventh career title last year will be absent meaning the door is slightly more open to the rest of the field then usual. In fact none of the top-three senior finishers are back this year.

This years 28 man field will be led by the likes of 2015 36-hole leader Steve Humphrey’s and Jim McNelis.

Humphrey’s had a pair of top-three finishes in 2016 AmateurGolf.com Ranking events placing second at the Porter Cup Senior and in a tie for third at the Golfweek Senior National Championship. In April Humphrey’s also picked up a win at the Kentucky Senior Amateur.

The Senior Dixie Amateur also includes a Super Senior Division and that flight will be welcoming back its defending champion. In 2015 Robert Rogoff was able to claim the title and now against a field of 12 he will look to defend.